Maggie and I took the Woven Communities project to Solas today, with the officially ‘excellent’ Dawn Susan and her beautifully handmade baskets.

Dawn explained how a creel is made, with a template ‘turf’ – originally it would have been made upside down outside, with the willow being pushed into the ground. It then developed into taking a piece of turf into the byre to keep out of the weather and to avoid scrabbling round and round on the ground. The turf could have been moved around instead. An then it developed into a wooden template, still called a turf today.

Dawn demonstrated how strong the creel is by standing on it. Maggie did  (eventually) get an image of that 🙂 Staff and volunteers had a go with the creel and so did Tony, for the first time ever.

We had a go at twining with soaked straw. It was largely successful but I don’t think we are going to be turning out any beautifully evenly plaited horse collars anytime soon!

We handled different kinds of rope, including some heather rope from Arnol Blackhouse. This kind of rope has been used in the past to lower people down a cliff to harvest seabirds and eggs, particularly on St. Kilda. 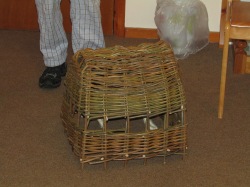 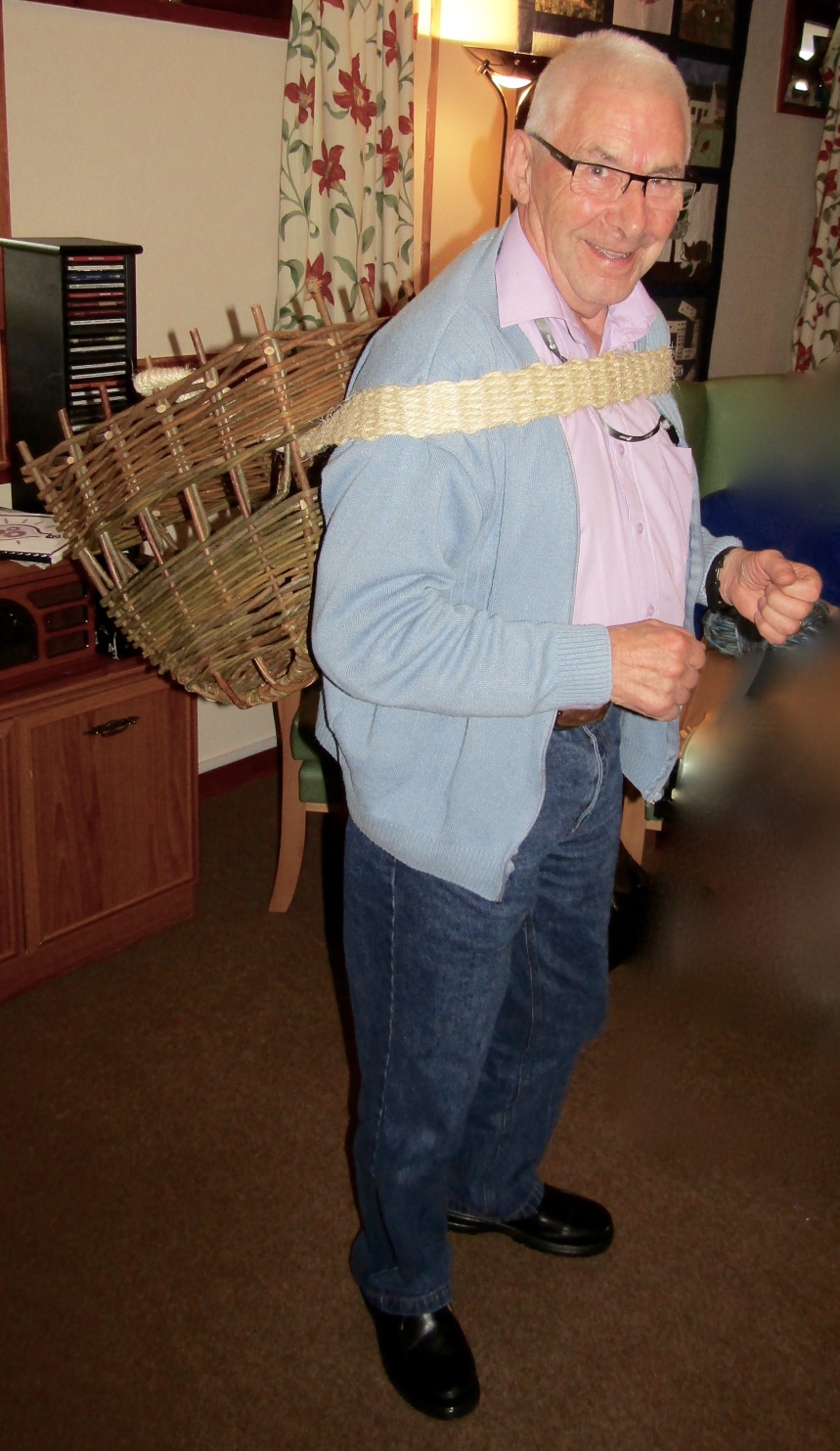