Today’s Museum work with Woven Communities welcomed Stornoway Primary School along to try some willow fish weaving, some marram grass twining to make rope, a walk around the Museum to look at baskets and windlass rope making with bailer twine.

The children were split into groups and each took turns with the different activities – everyone made some rope and a willow fish and everyone had the opportunity to walk around the Museum looking at baskets, supported by the knowledge of Dawn Susan, Maggie Smith and Angus Murray.

Some things to mention today were the very visible thinking processes happening with the children – how are we going to do this? What could we use the rope for? Could it save my life? What can we use to make a mouth? How can I do this faster? How do I test it?

And the imaginative games thought up were wonderful. Shapes on the floor, wobbly patterns, skipping, even tying each other up happened today!

Two comments from the children, upon leaving, were..
“I wish we could do this all day!”
and
“When can we come back?” 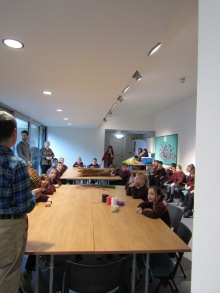 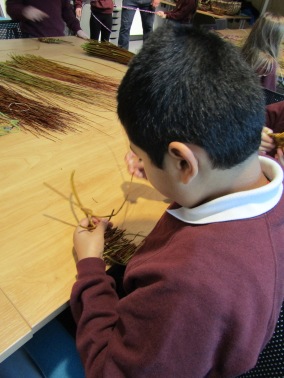 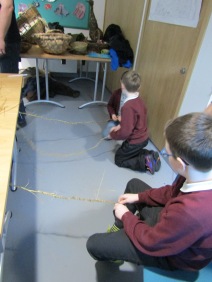 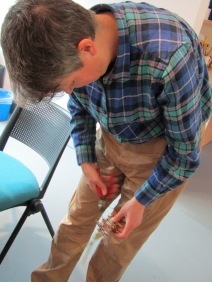 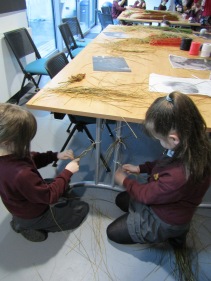 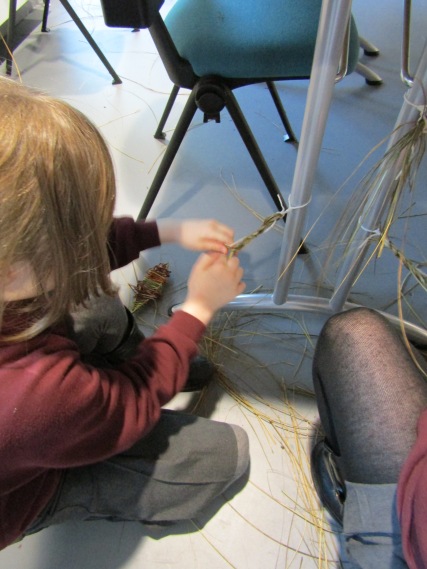 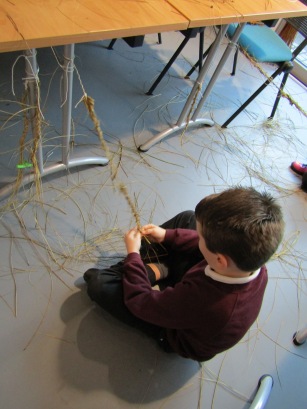 We took Woven Communities to the Museum today, two groups came along from a day centre and a care centre to Lews Castle Museum. We couldn’t resist another look at the film room, to see the fantastic local films in panorama.

Dawn Susan offered her expertise on the basketry exhibits at the Museum, as did Angus Murray, plus everyone visiting contributed to the discussions with personal recollections and anecdotes about the pieces.

Dawn Susan offered her expertise on the basketry exhibits at the Museum, as did Angus Murray, plus everyone visiting contributed to the discussions with personal recollections and anecdotes about the pieces.

We moved to the Education Centre for tea and a biscuit, plus a story about South African diamonds and Uist rope, from Dawn, before having a go at twining some marram rope for ourselves.

Just look at the array of baskets Dawn brought along and the range of colour in the beautiful willow that she harvests from her own croft, from carefully tended willow beds.

I am always moved by the very personal care and support offered to people coming to these sessions by the team of staff who come along. Not only do they care enough about the people they are caring for to recognise the value in bringing people to share cultural and craft sessions but also the very personal one to one support which is given to each person. Just look at the hand-holding, the supportive hand on the shoulder of the lady who was sitting on a stool with no back and the constant, unobtrusive reassurance given without a need for request. And the Museum team – Angus Murray today, offering Gaelic conversation and making note of relevant information because he recognises the value in first hand experience.

Ta, from Europie, remembered a neighbour making creels and rope outside his house and watching him carefully, as a boy, despite, he describes having a lack of skill in this area himself. Ta remembers making baskets, using them for ‘everything’. ‘But my hands aren’t so good now.’
‘Did you enjoy the session Ta?’
‘It was quite good.’
Hmm thanks a lot, we do our best, haha 🙂 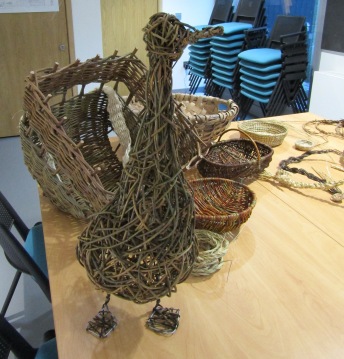 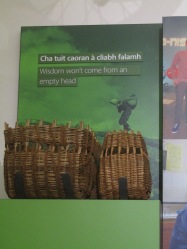 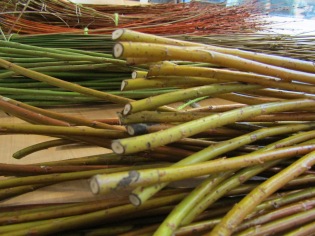 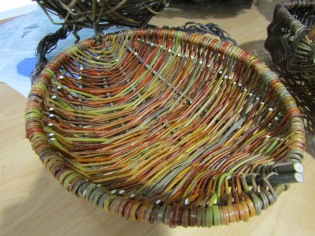 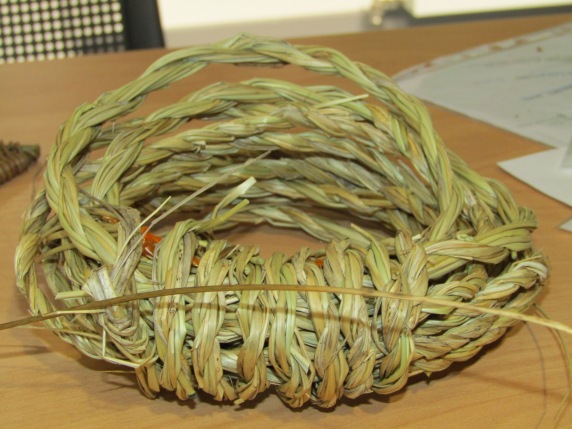 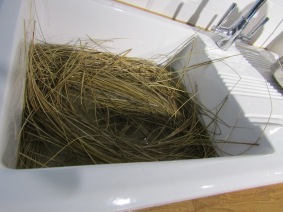 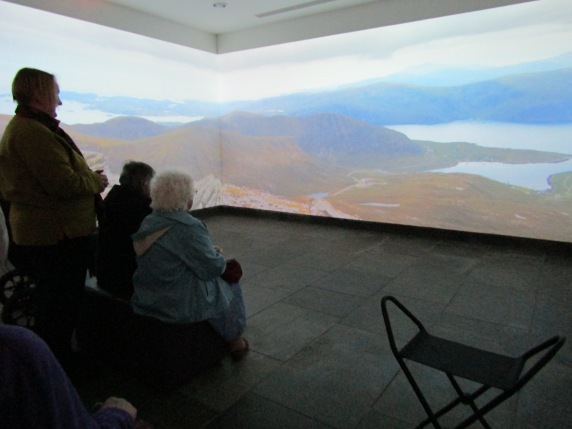 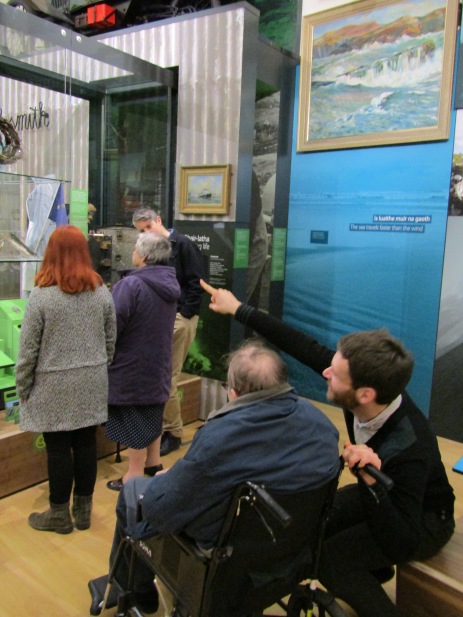 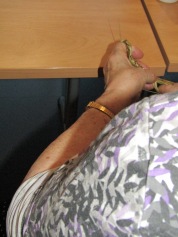 We spoke with two ladies who have led incredible lives filled with great love, grand adventure, travel, and now the joy of being surrounded by much-loved family.

I was quite mesmerised by the fragile beauty of one lady’s hands and her elegant fingers, which once made intricate lace and stitched embroidery pieces while waiting for her husband to return from RAF tours.

Another lady offered a wonderful personal photo book of images from a family occasion. She chose one favourite image to have printed on cotton paper, to be a central part of a cushion for her sofa.

I particularly loved the life and vibrancy of these women. One lady was trying to decide which kind of quilted piece she would find most useful. Chris asked ‘Do you feel the cold in the evening, would you like a lap quilt to put over your knees?’ She replied ‘ Oh goodness no! I’m not as old as all that just yet!’ She is 93. We plumped for a cushion……

Next week, we see the return of our collaboration project with University of St Andrews, Woven Communities, which looks at anthropology through basketry and weaving.

Monday and Tuesday, we will be at Museum Nan Eilean at Lews Castle, in the Education Centre, working with children and older people attending or living at care centres. We aim to make more items towards our final exhibition with the project. We will be working with natural marram, straw, willow and rush and some bailer twine and beachcombed items.

Then on Wednesday until Friday, we will be at University of St Andrews, presenting our project work at the Woven Communities Symposium there.

These are images of previous Woven Communities project sessions in South Uist at a couple of Museum images. 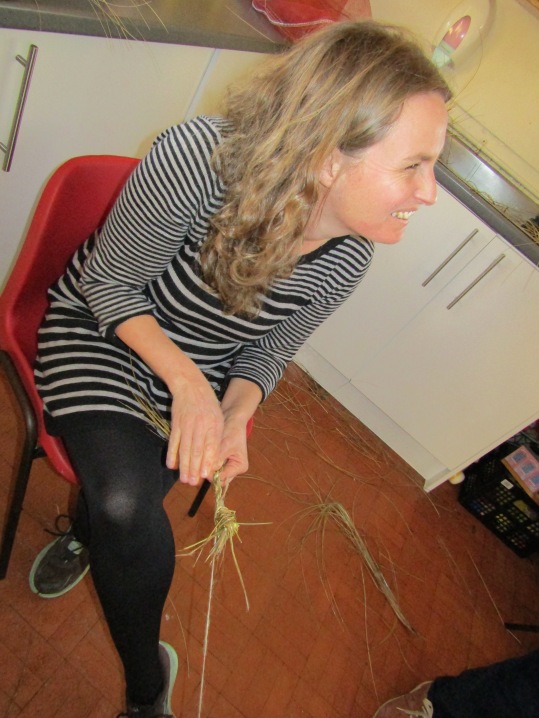 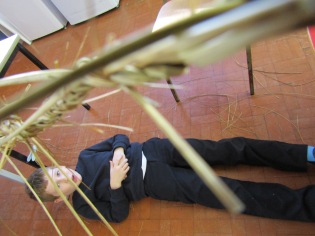 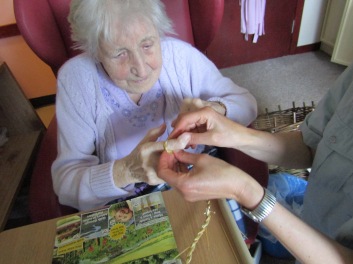 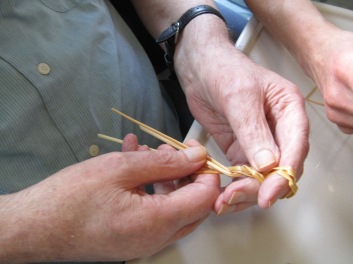 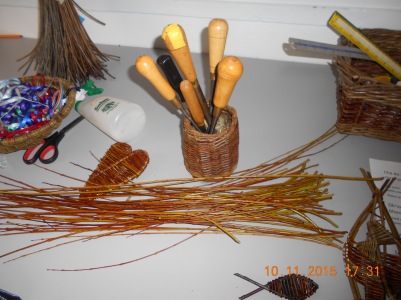 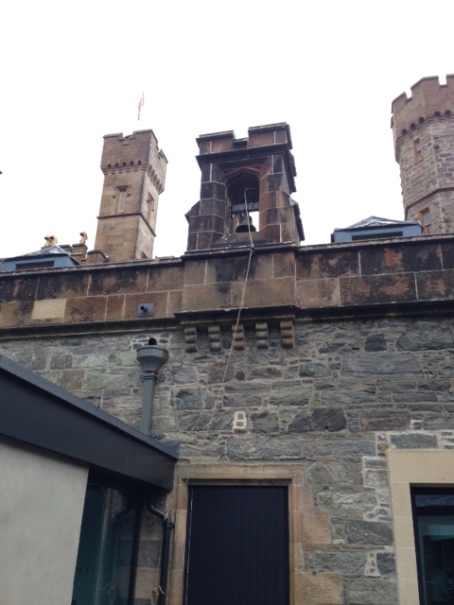 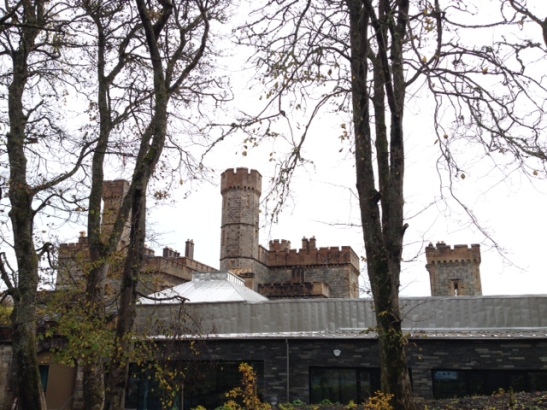 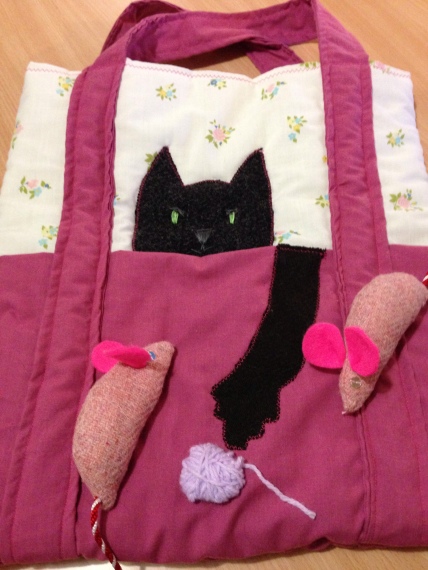 Since the overwhelming success of the Quilter in Residence Project with Chris Hammacott at Solas Day Centre, run by Alzheimer Scotland in Stornoway, where we commissioned Chris to create personal memory quilts for attendees of the Solas centre, Alzheimer Scotland Lewis & Harris Branch have kindly extended the project work with their own funds so that everyone who attends can have a personal piece if they wish.

I supported Chris with her sessions this week – the first was the joyful task of delivering this lovely bag to a lady who you can clearly see her story involves a great love of cats.

‘Oh it’s lovely, it’s wonderful, oh even the colours are perfect, it’s perfect!’ She said with such a sweet smile. The little tweed mice for her cats to play with provoked a particularly warm reaction. ‘Oh I love the tails, they are so long! They will get a lot longer, if I know my cats!’

We worked with two ladies on life story work as well.

The first lady enjoyed a lot of walking, especially around the airport, where she had a family connection and she lived in this area all of her life.

The second lady was a weaver, much like her mother and she cycled to Barvas from Stornoway to cut her peats in the past, often knitting a sock or something while carrying her peats back to the road in a creel. Sometimes, she would even cycle with a creel on her back, not while knitting though, I hope!

Plus we are going to be featured in British Patchwork and Quilting Magazine this March!! How exciting!

5 people came along from the wards, enjoying chat with a Senior Charge Nurse, Senior Nurse J Myles, three student nurses including the friendly face of Sarah Jane, another colleague from An Lanntair and Heather Baillie, here to evaluate the sessions. Denise Symington from the Health Board and Ellen Donnelly together with Marion MacInnes from Alzheimer Scotland made up the support team. Plus myself from the Arora Project at An Lanntair, also representing DEEP for the Western Isles.

The conversations I enjoyed revolved around family, making connections as to which people are already acquainted and where from. One particularly lovely point was a friendship that had sparked between two women on a ward, from opposite sides of the island. Maybe they would never have met if they hadn’t been in hospital together. They looked as though they had a lifetime long friendship, the fun they were having together.

One lady turned out to be the proud Grandmother of lovely Oliver, who recited the incredible Gaelic Poem from the Mod for us a few weeks ago.

Again the ‘Do you have a Gaelic name/ Who do you belong to?’ came up in conversation, to much hilarity when the lady realised I am from Portsmouth. ‘Ah, they come here and they never leave…’ she nudged her neighbour. Much cheekiness was actively encouraged. Mostly led by Jimmy Myles, who regularly complained that he was supposed to be the manager but it seems the women are always telling him what to do.

Much talk was revolving around the Christmas Ceilidh, which was enjoyed by all, especially the music.

Ellie’s orange roses were much admired, being passed around to smell and touch. This sparked conversations about gardening for growing food and flowers.

Comments on leaving included ‘oh it’s nice to get away from the bed’ ‘what lovely people’ ‘the chat was lovely’ ‘it was so lovely to meet you!’.

I’m off the island next week but I’ll see you all in a fortnight at Erisort Ward.

This is the first session of evaluation of the Western Isles Hospital Tuesday Ceilidhs. I was there too, just behind the camera. Lots of valuable information and thoughts about the sessions, why we hold them, what is going well, what could be better, what we are seeing in benefits and outcomes.

Being Heather is contracted to evaluate the sessions through the NHS, so please contact her with any evaluation queries.